Imagine a place unchanged by modern life and people disconnected from the world. This remote tribe lives in the jungle of a small island and attacks anyone reaching their shore (1). This place and its warlike people are as interesting as they are mysterious.

Found in the Indian Ocean is the unassuming North Sentinel Island. Known for tropical storms, cyclones, and pirates, the Indian Ocean has taken many lives (2). It’s here, a small square-shaped island roughly 24 square miles that holds the most isolated people on earth. A thick jungle canopy still holds much of the island’s secrets, because those who venture there don’t return…

The Sentinelese tribe is so secretive that little is known about them. They don’t risk traveling to the shoreline unless confronting an unwanted visitor. Drones have captured footage of them through the trees but must keep their distance as they sustain attacks. Their clothing is simple and minimal, made from resources on the island.

They paint themselves with decorative markings and live in basic huts. Curiously, they don’t have any desire to interact with the outside world. Documented encounters with the Sentinelese tribe have ended in bloodshed for unlucky travelers. The Indian government prohibits travel to North Sentinel Island for the safety of those involved.

A Hostile People Violently Attacking Anyone Who Comes Near

One encounter happened in 2006 and involved two fishermen.

To continue reading please click here to go to the original article. 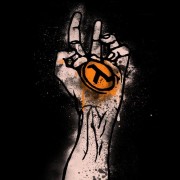 Nikolas Yanja<span class="bp-verified-badge"></span>
Author and Webmaster at Resistance Report Network. Host of Livity or Death, a monthly podcast that dives into random stories behind some of the world’s best tales, topics, and myths. Together with the audience and special guests, Nikolas dives into a vast collection of tapes about plants, prophets, kingdoms and idealists to explore how movements are built, rise and fall. MAIN AUTHOR PROFILE: https://resistance.report/author/nikolasyanja/
Previous

PROMO: ‘ABANDONED’ New Track by Zenii from the Gate

Sara Sampaio Swears By This $36 Highlighter for a ‘Natural Glow’