Wales is “not yet in a position” to allow all pupils to return to school, the education minister has said.

Kirsty Williams confirmed three-to-seven year olds would be back from 22 February, along with some older children on vocational courses.

But no timetable has yet been given for the return of other children.

Ms Williams added there were no plans to vaccinate teachers ahead of other priority groups, as Wales recorded its highest daily jab total.

“Sadly, we are not yet in a position to be able to see a full return to school for every learner,” Ms Williams said.

She said the fall in Covid-19 case numbers since December meant there was “sufficient headroom for us to bring back some of our learners in a phased, flexible and progressive way”.

The announcement also means apprentices and “licence to practice” vocational learners will also be allowed to return to college.

The case rate for Wales has fallen to 130 cases per 100,000 people, according to the latest Public Health Wales figures.

The reproduction (R) number, which is the estimated number of people subsequently infected by each new coronavirus case, was between 0.7 and 0.9, Dr Chris Jones, Wales’ deputy chief medical officer said.

He said cases were lower now than at any time when schools were open.

Teaching staff will now be tested twice weekly for Covid, and £5m will be spent on face coverings and other equipment.

Ms Williams added: “We have prioritised our youngest learners because of the favourable evidence on transmission in younger children, and also because we know they find it difficult to learn remotely.

“I must be absolutely clear – we are told time and time again that our education premises are safe, but it is the added movement around them that contributes to the R number.”

“[But] by following the guidance restricting contact with others, we are ensuring children and young people are able to do what we all want, which is to be back learning with their friends.”

She also urged parents to stick to all social-distancing rules when they took their children to and from school.

“They do not get severe forms of the disease and they do not tend to transmit it as much as adults or even older teenagers,” he said.

Ms Williams said she hoped to give details about when older students could return at the next review of Wales’ coronavirus restrictions on 19 February.

Anglesey council leader Llinos Medi told the Local Democracy Reporting Service (LDRS): “Last summer we decided not to open schools at the same time as the rest of Wales following an outbreak at 2Sisters in Llangefni and I will do the same thing again if we’re not comfortable that it’s safe to do so.

“I want everyone to know that the safety of children and the school sector is at the forefront of our minds.”

Will it be a phased return?

The Welsh Government said it expected to see pupils returning from 22 February but it would be “done in a phased and progressive way”.

It said schools “may want to be flexible in organising their timetable” for children and would consult parents.

It said it expected all foundation-aged children to have been in school before 26 February.

Could parents be fined?

The Welsh Government said under the current circumstances punitive measures, including fines, would not be appropriate.

It said some authorities might deem it necessary to pursue “a small number of cases relating to persistent absence” which were unrelated to the pandemic and where there were concerns about the welfare of the child. 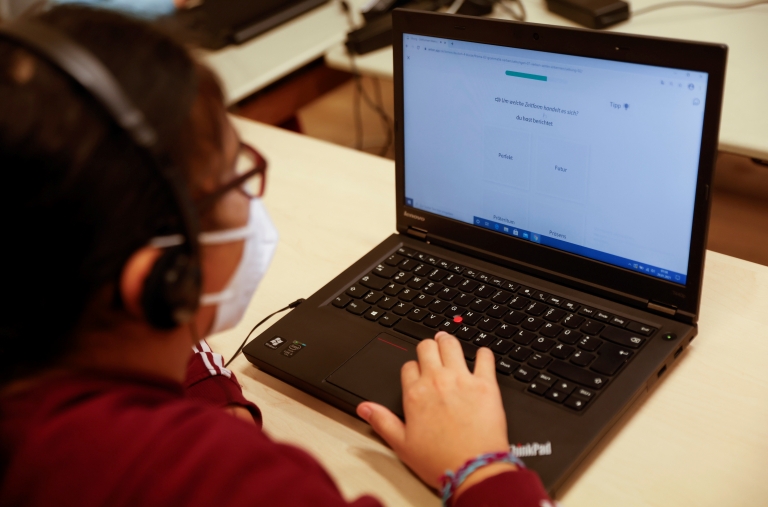 From September up to 3 February

What has been the reaction?

Eithne Hughes, director of the Association of School and College Leaders Cymru, said: “Allowing the youngest pupils to return to the school environment that is so important to their development is a sensible first step towards seeing schools in Wales fully reopen.

“We do remain concerned that, although the overall figures are positive, there are still parts of Wales with significantly higher rates of infection than others and urgent consideration should be given to a more nuanced approach to bringing pupils back in those areas.”

Meanwhile, the NEU Cymru union said it expected to meet the Welsh Government next week to “ensure robust mitigation measures are put in place” to protect staff.

Ms Williams said the Welsh Government would also outline further plans in the “short, medium and long term” to help pupils catch up on lost education.

She said the government was “particularly worried about our more disadvantaged children” but did not provide any further detail or timescales.

She said more than 1,000 teachers and teaching assistants had already been hired “as extra members of staff supporting our children”.

Sally Holland, Children’s Commissioner for Wales, said she was “relieved that the country is now able to take the first step on the road to recovery”.

“Within the last two weeks, we’ve consulted with nearly 20,000 children and young people. Every age group – from three to 18 – have expressed strong negative feelings about the impact of the pandemic on their lives,” she said.

Ms Williams said teachers and local authorities had done an “excellent job” in making sure school premises were safe.

Dr Patrick Roach, general secretary of teachers union NASUWT said enhanced safety measures had to be in place for any wider school reopening in Wales.

He added current measures did “not go far enough” and recommended measures, such as the use of rotas, to help with social distancing, using face coverings more in schools and more protection for vulnerable staff.

He also called for all staff expected to be teaching from 22 February to be given priority access to vaccinations.

Ms Williams said teachers would not be vaccinated ahead of other priority groups, despite calls for them to moved up the queue.

Experts on the Joint Committee on Vaccination and Immunisation (JCVI) recommended nine groups go first, starting with NHS staff and the over-80s.

Ms Williams said it would be “strange” for the Welsh Government to ignore the advice of the JVCI.

More than 523,000 people have now received their first dose of the Covid-19 vaccine in Wales – which is about one in six people.

Allyson Whitticase, head teacher at Rhiw-bechan Primary in Powys, said: “We have to have a phased return so we can get our risk assessments in place, so wherever you start [in age], we have to start at some place.”

Ms Whitticase said that with 350 pupils of key workers or in vulnerable categories already back at school, “staff anxiety is really high at the moment”.

She added: “Obviously staff would like vaccinations but at the end of the day none of us want a vaccination above other vulnerable individuals. But I think we would like to be reassured we are safe.”

However, the teacher, who is also mother to three secondary-aged children, said she would have preferred to hear children preparing for exams to return first.

‘Need to be creative’

“We know from the evidence that the potential impact on this Covid generation will last potentially through their entire lives,” he said.

“So we need to get those new teachers and new teaching assistants into schools now, and we need to be creative – why not volunteers, suitably accredited, as part of a national mission on literacy and numeracy?”

Welsh Conservatives leader Andrew RT Davies said ministers should clarify if unions had agreed it was safe for their members to return.

He said: “We’ve been here before back in the summer term, when schools were reopening – the minister had one ambition, and unions had another ambition, and in the end the schools stayed shut.

“We don’t want to see that being repeated after February half-term.”